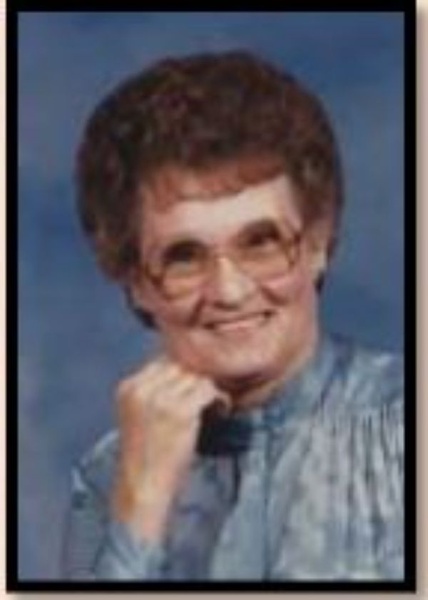 Doris Irene Howey, age 94, of Arapahoe, Nebraska passed away on Friday, September 17, 2021 at the C.A. Mues Good Samaritan Center in Arapahoe, Nebraska. She was born on February 23, 1927 in Harlan County, Nebraska to Roy and Loretta (Hoppe) Snyder. She attended school at District 6 country school and then graduated from Huntley High School, Huntley, Nebraska. She married Lorn Hines in Norton, Kansas on May 24, 1947. Three children were born to this union; Ron, Rick, and Deanne. They made their home in Arapahoe, where she worked at Wagner’s Grocery Store from 1961 until 1984. She would also work as payroll clerk at Oxford Cheese and Arapahoe Coop. Her husband Lorn would pass away in 1977. She then married Robert Howey at the First United Methodist Church of Arapahoe, Nebraska in 1993. Robert would pass away in 2006. Doris loved to volunteer at the Arapahoe Senior Center and as chairman of the local Red Cross. She enjoyed sewing, dancing, gardening, canning, traveling, and especially cooking. She made many meals for the whole family as they gathered and everyone at church dinners enjoyed her angel food cakes. She was a member of the First United Methodist Church of Arapahoe and volunteered at the C.A. Mues Good Samaritan Center. She loved her time with the grandchildren and great-grandchildren. She was preceded in death by her parents, husbands Lorn Hines and Robert Howey, brothers Laverne (Yvonne) Snyder & Warren (Mary) Snyder, & brother-in-law Jim Bathgate. She is survived by her sons: Ron (Robin) Hines of Brady, Nebraska, Rick Hines of Kearney, Nebraska, daughter Deanne (Terry) Tracy of Arapahoe, Nebraska, brothers Alvin (Myrene) Snyder of Alma, Nebraska, sister Leola Bathgate of North Carolina, grandchildren: Andrea Scheuffle and Garrett (Alicia) Tracy, great-grandchildren Dagon, Denae, Arianna, Brianna, Conner. Viewing and visitation will be Wednesday, September 22, 2021 from 6 PM till 8 PM at Wenburg Funeral Chapel, 652 Main St., Arapahoe, Nebraska. Funeral service will be Thursday, September 23, 2021 at 10:30 AM at Wenburg Funeral Chapel, 652 Main St., Arapahoe, Nebraska with Pastor Joel Rathbun, officiating. Interment will be at Arapahoe Cemetery at Arapahoe, Nebraska. Memorials are suggested to First United Methodist Church of Arapahoe and the Arapahoe Senior Center. Wenburg Funeral Home of Arapahoe, Nebraska is in charge of the arrangements in Nebraska. Condolences and personal reflections may be left at wenburgfuneralhome.com

To order memorial trees or send flowers to the family in memory of Doris Irene Howey, please visit our flower store.