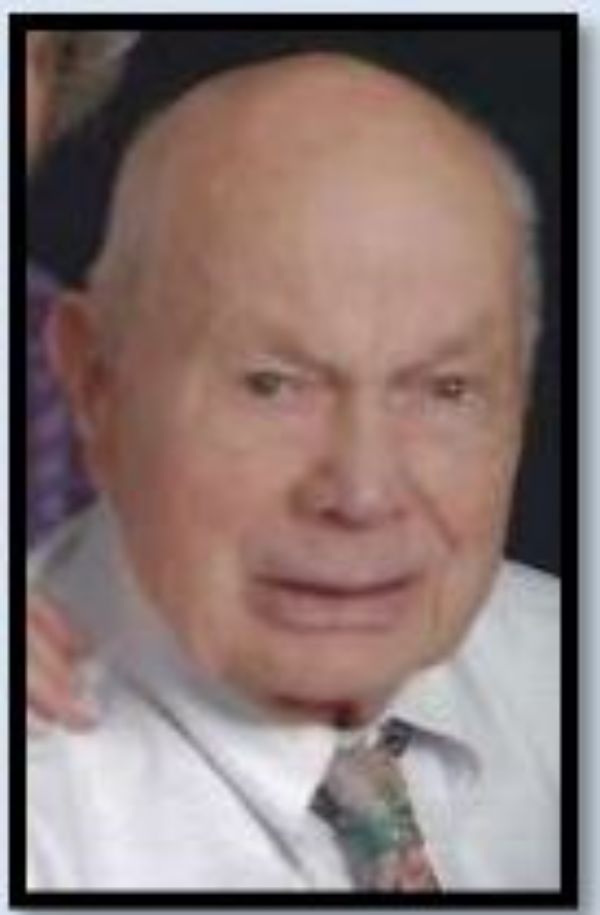 Denzel Richard Lofgreen passed away at the age of 93 on Saturday, July 6, 2019 at the Andbe Home, Norton, Kansas. He was born to Burdge David and Ada Blanche (Porter) Lofgreen in Fruita, Colorado on February 22, 1926. His family moved to Kansas where he attended grade school in Norton. He went to high school in Beaver City, Nebraska, where he graduated in 1943. He served in the Merchant Marines in 1945, and subsequently took over the family farm near the Kansas-Nebraska state line. Denzel married Ruth Sawyer in 1945. They were married for 74 years and had four children–Denzel Harold, Constance Ann, Craig Sawyer and Jon Charles. He devoted his time and energy to tending the farm and raising cattle. His wife and children assisted with the operation. He drew great satisfaction from his engagement with community organizations and activities. He spent years serving on the Farm Bureau Board and the Soil Conservation Board. Possessing a passion for preserving the resources God provided, he showed particular interest in soil and water conservation. He also served as Chairman of the 4-H building for 42 years and was selected as Master Farmer of northwest Kansas in 1987. Additionally, he enjoyed being a Chamber of Commerce ambassador for a number of years. Denzel found great solace and encouragement through his Christian faith. This faith provided him with the strength to encourage and serve others. He served in the Norton Christian Church where he performed as a church elder for many years. Viewing service as an extension of his faith, he especially loved serving as a Shriner with the Prairie Dog Shrine Club. He loved his family dearly and wished passionately to share with them his vision of life and his ongoing reflections. They will remember with affection his stories and advice—always delivered with a loving desire to transmit memories from his own undertakings and experiences. His conversations with his grandchildren will be cherished as a kind of oral history of the family and their own roots on the farm. He is survived by his wife Ruth Lofgreen of Norton, Kansas, son Denzel and wife Joyce Lofgreen of Norton, Kansas, daughter Connie Lofgreen of Omaha, Nebraska, sons Dr. Craig Lofgreen of Lee’s Summit, Missouri and Jon and wife Elaine Lofgreen of Norton, Kansas. In addition to his children and wife, he leaves as his surviving legacy 13 grandchildren: Brock Lofgreen, Ty Reynolds, Holly Lofgreen, Matthew Lofgreen, Lyda Reynolds Lohmeier, Regan Lofgreen, Kelly Lofgreen, Blair Reynolds, Seth Lofgreen, Bryan Lofgreen, Ashton Lofgreen, Andrew Lofgreen, and Bryce Lofgreen. He also leaves behind 17 great grandchildren. He is also survived by his brother, Volney Lofgreen. He was preceded in death by his parents and his brother, Victor Lofgreen. He was also preceded in death by a grandchild, Heather Lofgreen and a great grandchild, Jude Lofgreen.

To order memorial trees or send flowers to the family in memory of Denzel Richard Lofgreen, please visit our flower store.
Send a Sympathy Card