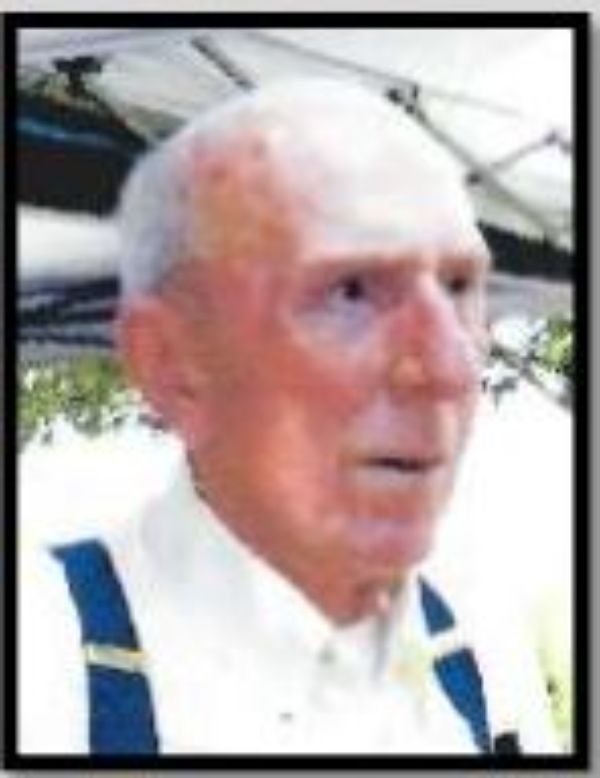 Dean Lavene Houlden, age 81 of Elwood, Nebraska passed away on Thursday, December 28, 2017 at Fort Morgan, Colorado. He was born on February 20, 1936 to Clyde and Mary (Hansen) Houlden in Elwood, Nebraska. He was baptized as an infant at St. Mary’s Catholic Church in Smithfield, Nebraska and was confirmed into the Lutheran faith on November 27, 1955 at Our Redeemer Lutheran Church. He graduated from Elwood High School on May 18, 1953. In addition to farming south of Elwood, he was employed as a truck driver during the construction of the Tri County Canal and later was a ditch rider. He transferred to Canaday Steam Plant in 1959 as an equipment operator. He retired from Central Nebraska Public Power in 1994 after 40 years. He married Elaine Einspahr on June 26, 1955 at Our Redeemer Lutheran Church. They initially made their home in Bertrand, before finally settling on the Houlden farm south of Elwood. To this union were born one daughter Linda and four sons Michael, Kevin, Gary, and Tobin. He had a wry sense of humor that kept everyone on their toes. He never met a stranger. He enjoyed coffee up town and pitch games with his family. Survivors include wife Elaine, daughter Linda and husband Errol Boyd of Andover, Kansas, sons Kevin and wife Mary Houlden of Lincoln, Nebraska, Gary and wife Shelly of Elwood, Tobin and wife Cindy Houlden of Kearney, Nebraska. Grandchildren Barry Boyd of Andover, Melissa Boyd of Lenexa KS, Megan, Cole, and Blaine Houlden of Lincoln, Tristan Houlden and Bre Graves of North Platte, Austin Anderson of North Platte, and Madalyn Houlden of Kearney. Great granddaughters Penelope Strothkamp of Lincoln and GracieMae Houlden of North Platte. Sister Barbara Holloway of Williamsburg, Virginia, sister-in-law Janis Einspahr of Orleans and brother-in-law Harley (Marileen) Einspahr of Farnam, Nebraska, sister-in-law Cynthia Einspahr of Longmont, Colorado, and several nieces and nephews. He is proceeded in death by his parents, son Michael on November 9, 1967, sister Doris and husband Clyde Moncrief, brothers Clyde Jr and wife Rubie Houlden, Melvin and wife Berdina Houlden, brother-in-law Dave Holloway, sister-in-law Clela Einspahr, brothers-in-law Norman and Virgil Einspahr, and nephew Scott Houlden. Viewing and visitation with family present will be Tuesday, January 2, 2018 from 6-8 pm at Our Redeemer Lutheran Church of Elwood. Funeral services will be Wednesday, January 3 at 10:30 am at Our Redeemer Lutheran Church in Elwood, Nebraska. Burial will follow at the Elwood Cemetery. In lieu of flowers, memorials suggested to the family to be designated later. Elwood Funeral Home is in charge of arrangements

To order memorial trees or send flowers to the family in memory of Dean Lavene Houlden, please visit our flower store.