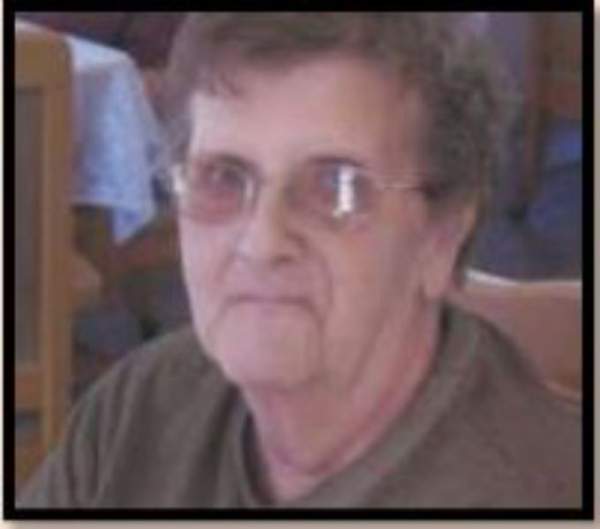 De Etta L. Dunkhas, age 77, of Holdrege, Nebraska formerly of Hollinger, Nebraska, passed away on September 12, 2018 at Christian Homes in Holdrege, Nebraska. She was born on February, 10 1941 to Harry L. and Marie E. (Lomax) Martin on the family farm southwest of Beaver City, Nebraska. At the time of her birth De Etta had the distinction of a mention in the Omaha World Herald as “The Baby Born in The Light of the Oil Well”. De Etta was the youngest of 9 children and attended the district #35 school for four years before moving to Hendley, Nebraska and attending the Hendley School until eighth grade, graduating with the class of 1958 at Beaver City High School. On January 3, 1959, she married Richard Dunkhas at the Hendley United Methodist Church. To this union two children were born, Kristi Kay in 1959 and Gale Richard in 1964. De Etta attended church with her family at Spring Green Church later joining the Hendley United Methodist Church when the family moved to town. Her membership was later transferred to the Hollinger United Methodist Church where she served several years as Treasurer. De Etta worked most of her life as a secretary and bookkeeper. Several businesses over the years benefited from her meticulous work ethic and attention to detail. She enjoyed working at Mid Nebraska Individual Services where she enhanced the lives of several individuals with developmental disabilities. She also shared her “cooking” skills and earned the name of “De Etta Pie.” She continued this work for 16 years until her retirement in 2006. Through these years De Etta could also be seen helping Richard with farm work, helping with livestock, operating a kennel and cattery and somehow raising two children and keeping up with all the activities that occur during the school years. Richard and De Etta lived most of their married life in Hollinger and Furnas County. Earlier this year they celebrated 59 years of marriage. De Etta is survived by her husband Richard Dunkhas of Holdrege, daughter Kristi Chesterman of Beaver City, son Gale and wife Lori Dunkhas of Fall City, Nebraska; grandchildren Dawna Hall of Kearney, Nebraska, Lane Chesterman of Lincoln, Nebraska, Cayden and Carlea Dunkhas, Clay and Sophie Keller of Falls City, Nebraska great-grandsons Ryan and Ryder Brink of Oxford, Nebraska, Darryl Chesterman of Topeka, Kansas, and Asher Blayze of Kearney, Nebraska, sisters Helen Wolzen of Arapahoe, Nebraska, Carol and Wendell Smith of Beaver City, Twila and husband Dale Fults of Beaver City, sisters-in-law Vera Martin of Hendley, Nebraska and Marlene Wettstein & Shirley Silver of Hayward, California and many nieces and nephews. She is preceded in death by her parents, sisters LaVonne & Elta Dell Eatherton, brothers Lawrence, Betrell, and LaVerne Martin, brothers-in-law Dean Wolzen, Vern Smith, and Harold Eatherton, Dale Silver, and son-in-law Mark Chesterman. Viewing and visitation will be Sunday, September 16, 2018 from 5 PM till 7 PM at the Seventh-day Adventist Church in Beaver City, Nebraska. Funeral Services will also be at the Seventh-day Adventist Church Monday September 17, 2018 at 10:30 AM with Linda L. Knipping, officiating. Interment will be at the Union Cemetery, at Beaver City, Nebraska. Memorials may be given in her name. Wenburg Funeral Home of Beaver City, Nebraska is in charge of arrangements. Condolences or personal reflections may be left at wenburgfuneralhome.co

To order memorial trees or send flowers to the family in memory of De Etta L. Dunkhas, please visit our flower store.