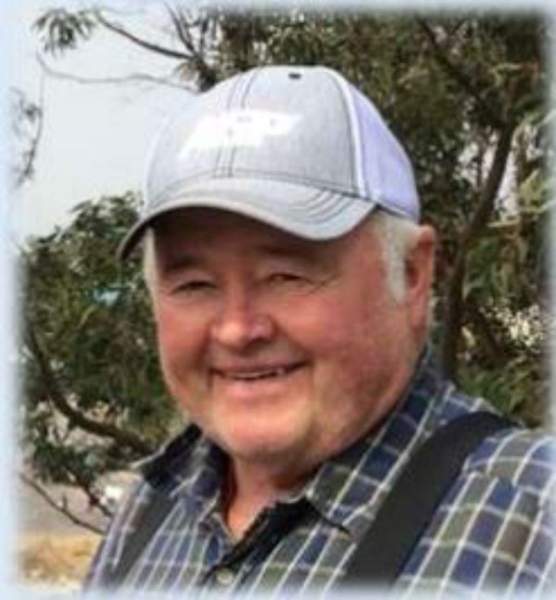 David Lynn Brown, age 71, of Beaver City, Nebraska passed away on Thursday, October 29, 2020 at Phelps Memorial Hospital, at Holdrege, Nebraska. He was born July 27, 1949 in McCook, Nebraska, the oldest son of Eula Marie (Holtze) and Darrel Lee Brown. His childhood home was on a farm eight miles south of Hendley. He attended Middle Rockton School through first grade, and then Hendley School through Junior High. As a teenager he was actively involved helping with the farm, and had a busy schedule when he entered Beaver City High School. He graduated valedictorian from Beaver City in 1967, and then attended Kearney State College, graduating with a Bachelor of Science degree in 1971. On August 16, 1970 he was married to Nancy Ellen Frey. In the fall of 1971, David began teaching at Loomis. He continued to farm with his family along with attending school and teaching. In 1974, the couple moved to the Loomis area where their two sons, Daniel and Andrew were born. David continued his education at Kearney and attained his Master’s Degree in 1976. He then served as High School Principal for the next six years at Loomis School. In 1981, Dave and his family moved to Beaver City where he could pursue his true passion. He became a full time farmer and partnered with his Dad. In 1982, his brother, Randy joined and together they formed Brown Grain and Livestock. One year later, David’s family moved to the farmstead south of Beaver city, which became the home where he and his family could enjoy his love of farming for the rest of his life. During this time, Dave served on the Ag Valley Coop board for over 25 years. In 1999 the farm corporation was named outstanding farmer by the Beaver City Chamber. David accepted Christ into his life early on in his childhood and was guided by his faith daily. He and his family are active members of the First Presbyterian Church in Beaver City and he was an avid Choir member, served as a Deacon and Elder of the Church, as well as a Mariner leader for many years. Although Dave worked very hard through the years, he always cherished family vacations with his children and grandchildren. Special highlights included a family trip in Maui for their 50th Anniversary, yearly family time in the Colorado mountains, Yosemite, Branson, the Black Hills, Las Vegas, Washington D.C., Mexico and most recently Yellowstone. Family time was precious, but the memories made were the real highlights. David Brown was preceded in death by his parents, sister-in-law Brenda Martin, and brother-in-law, Don Frey. He is survived by his loving wife of 50 years, Nancy. His sons, Daniel and wife Marla Brown, Andrew and wife Denise Brown, and 3 grandchildren, James, Ashlyn and Aubrey. Dave’s surviving siblings are, brother Randy and his wife Mary Brown, sister Brenda and her husband Larry Lambert, brother Robert Brown, and sister Rebecca Brown. Also, Sister-in-law Barb and her husband Roger Powell, sister-in-law Carol and her husband David Crecelius and many niece and nephews, great-nieces and nephews. Funeral Services will be held privately with a family graveside ceremony on Monday November 2nd, 2020. Condolences and personal reflections can be sent to wenburgfuneralhome.com. Wenburg Funeral Home of Beaver City, Nebraska is in charge of the arrangements.

To order memorial trees or send flowers to the family in memory of David Lynn Brown, please visit our flower store.