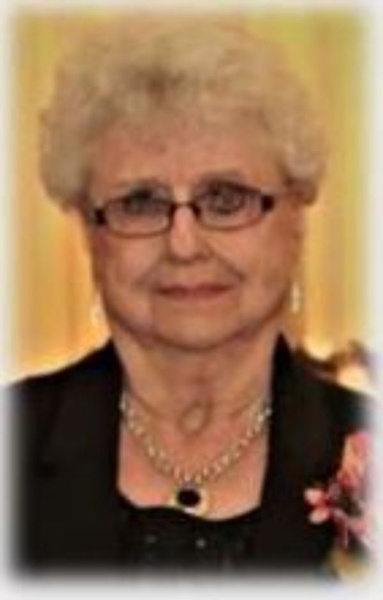 Darlene Lois (Lueking) Miller, age 84, of Hastings, Nebraska was called to join her heavenly father on Wednesday, January 6, 2021, a victim of Covid-19 at Mary Lanning Hospital, Hastings, Nebraska. She was born in Oxford,Nebraska on December 19, 1936 the day before her mother’s birthday to Albert & Sophia (Obering) Lueking. She grew up in Oxford and graduated from Oxford High School in 1955. She immediately began working at Northwestern Bell Telephone in Oxford, joining her big sister. She frequently related that she began working there because “I had to. It was what I was supposed to do.” That was a prophecy for the remainder of her life. Two years later she transferred to the McCook telephone office, in large part to support her oldest sister following the sudden tragic death of her brotherin law. She remained living with and caring for her sister until her sister remarried in 1964. She continued living and working in McCook until 1969. All through this time she returned to Oxford at least weekly to support her parents and to assist her other sister with her nephew and niece. It was in the late 1950’s that she was renamed “Dar” by her nephew, which remained with her through her life. On November 29, 1969 she married the love of her life, Kenneth Miller. He had purchased his family farm near Dresden Kansas and together they remodeled and moved into his childhood home. On Memorial Day 1970 on a family picnic, while launching his boat, Kenny became unresponsive and incoherent. They began at the Norton Ks. Hospital, the first stop of a two-week trek across the hospitals of Nebraska ending at the Omaha Veteran’s Hospital where he was finally diagnosed with a rare brain tumor. The operation was limitedly successful leaving him paralyzed with very limited physical and cognitive ability. They remained in Omaha for the summer for therapy before he was released to Arapahoe Good Samaritan Home where he resided until his death in 1996. Dar moved back with her parents in Oxford and began working at Good Samaritan where she continued until her retirement. She cared for her father until his death in 1971. In 1980 she and her mother moved to Arapahoe so that Dar could be closer to work and still care for her mother. In 1986 she came to her eldest sister’s aid as she fought colon cancer for her last 6 months of life. In the ensuing years she provided loving care to her mother following a car accident and several falls until her mother’s death in 1998 at age 99. She was always there caring for her remaining sister and brother-in-law, Lorraine and John Girch, through multiple cancers and heart disease. Dar became the shopper, driver, mail deliverer, launderer, and constant support to them until John’s death in 2015. Her final care assignment came with a move to a new accessible home in Hastings in August 2015 where she and Lorraine could be close to her niece and medical care. Dar provided unwavering support and care to Lorraine as she succumbed to the ravages of her cancers and age. When Lorraine died on November 19, 2020 her final assignment in this world was complete. The next day she began to get sick and was transferred from her home to Mary Lanning Hospital where she valiantly fought until God released her o the evening of January 6, 2021. She is survived by her nephew, Roger Girch, and wife Karen of Beatrice, Nebraska; niece, Linda Klein and husband Tom of Hastings, Nebraska. She is also survived by her great nephew Christopher and wife Tiffany of Marquette, great niece Nicole Kremlecek and husband John of Wahoo, great-nephew Andrew Hitchcock of Lincoln and two great-great nieces and in March a new great great-nephew. Dar’s vocation and passion was always caring for others. She was always generous and giving of anything she had. She also loved reading especially entertainment magazines and in her last year’s her cat Daisy. She loved laughing with her sisters and we can hear the three of them laughing together again. Rest in peace. There will be no viewing or visitation. Graveside services will be Monday, January 11, 2021 at 1 PM at Oxford Cemetery, Oxford, Nebraska with Rev. Becky Saddler, officiating. Wenburg Funeral Home of Arapahoe, Nebraska is in charge of the arrangements. Condolences and personal reflections may be sent to wenburgfuneralhome.com

To order memorial trees or send flowers to the family in memory of Darlene Lois (Lueking) Miller, please visit our flower store.
Send a Sympathy Card