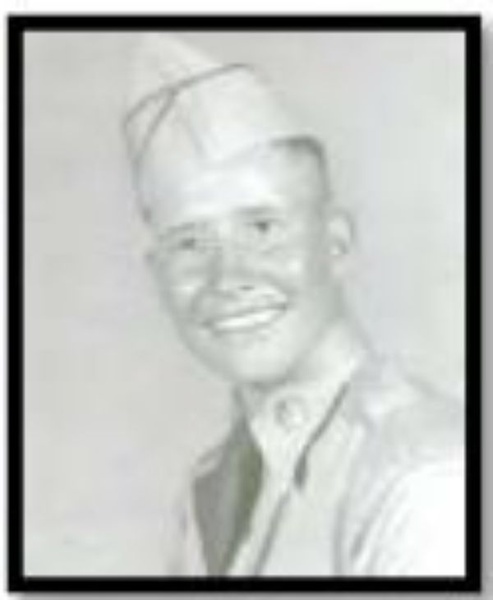 Clyde Elden Chadwick 88, loving son, brother and uncle passed from his life on earth to life in Heaven on Saturday, April 18, 2020. He was born on September 13, 1931 to Gilbert and Alma (Sander) Chadwick near Elwood, Nebraska. Clyde graduated from Arapahoe High School (Nebraska) in 1948. He was a very good student and also enjoyed playing football. He served as a corporal in the Korean War seeing active combat duty in Korea before and after the war officially ended. After the war, Clyde returned to Nebraska and worked on the farm and was part of a custom harvest crew. After moving to Kansas in 1958, Clyde was the bookkeeper for the Furley Grain Company in Furley, Kansas. In his later years, he enjoyed helping his brother- in- law with farming and ranching activities in the Valley Center area. He was a soft-spoken, quiet man who had a kind heart and easy smile for everyone close to him especially several great- nieces and great -nephews. He is preceded in death by his parents and his brother Leslie Chadwick (Violet). Survivors include sisters Verna Carter, Valley Center and Glenva Cannon of Hutchinson as well as many nieces and nephews. Graveside services will be held 2:00 pm, Friday, April 24, 2020 at the Arapahoe Cemetery, Arapahoe, Nebraska with Rev. Becky Saddler, officiating. Wenburg Funeral Home, of Arapahoe, Nebraska in charge of the arrangements. In lieu of flowers, memorial contributions may be made to the First United Methodist Church (FUMCVC), 560 N. Park, Valley Center, Kansas 67147. Condolences may be left for the family at wenburgfuneralhome.com

To order memorial trees or send flowers to the family in memory of Clyde Elden Chadwick, please visit our flower store.