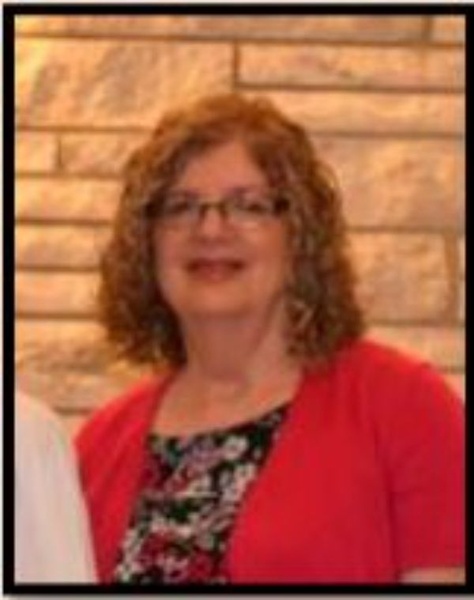 Cindy Ray Schutz, age 69, of Elwood, Nebraska passed away on Wednesday, October 20, 2021 in Fremont, Nebraska at Methodist Fremont Health. The oldest of three children, Cindy was born August 22nd, 1952 to Harold (Chuck) and Bilva (Schultz) Hueftle of Eustis, NE. Cindy grew up in and graduated from Eustis. After graduation, she attended college at Nebraska Wesleyan until marrying Scot Schutz of Elwood on November 27th, 1971. After marrying, the couple settled down on a farm south of Elwood. They were blessed with three children. They lived on the farm until 1994 when they built the house they still call home south of Elwood. Cindy became a member of Our Redeemer Lutheran Church after marriage and remained active in the church throughout her life. Cindy went to work part time for the county in the Treasurer’s Department in 1989 before becoming Deputy County Treasurer in 1991 and then in 2000, Gosper County Treasurer. She remained Gosper County Treasurer before retiring in December of 2020. When she wasn’t working, Cindy enjoyed working in her yard. She had a passion for and a wealth of knowledge about flowers. She enjoyed sharing her love of flowers with others and would often pass flower starts to all that were willing to take them. When her children were young, Cindy pursued her love of arts and crafts by painting wooden craft items and selling them at local craft fairs. She was well known for her artistic gifts as well as her love of reading which she passed on to her daughters. Cindy and Scot went on many bus trips with others in the community and enjoyed visiting such places as Niagara Falls, Nashville, San Antonio and the ark in Cincinnati. Cindy also took much pride in her children and their accomplishments and events. She attended sporting events, honors nights and speech meets to watch her children. This is a passion that she then carried on later when she was blessed with grandchildren. She would travel to different ends of the state to watch her grandchildren in their different activities and events. Her late grandson, Remington, was an excellent gymnast in the Omaha area and she especially enjoyed watching his performances. She also traveled west to Sidney to watch her grandchildren there in their different activities. During the summers, she would always take all of the grandchildren for a week during the summer which their parents very much enjoyed! When three of her grandchildren relocated to Elwood in 2019 she was overjoyed to get to spend time with them and traveled to nearly all of their activities and attended their concerts and honors nights as well. Cindy showed her love to others by showing up and being present. Cindy is survived by her husband Scot, daughter Lisa (Naeson) Halker of Cedar Creek Nebraska, Lori Shutts (Ryan) of Elwood, and Jason Schutz (Ellen) of Elwood; grandchildren Bellamy Halker and Aidan, Collin and Lilly Shutts of Elwood. Her brother Bruce (Sharon) Hueftle of Holdrege and numerous nieces, nephews and cousins. Cindy was preceded in death by her parents, Chuck & Bilva, her sister Gayle, her father and mother-in-law Ted & Janet Schutz, and her grandson Remington Halker. Viewing and visitation will be on Sunday, October 24, 2021 from 3PM to 5PM at Our Redeemer Lutheran Church of Elwood, with the family present. Funeral service will be held Monday, October 25th, 2021 at 10:30 AM at Our Redeemer Lutheran Church in Elwood, Nebraska with Pastor Mosier officiating. Interment will be held immediately after at Salem Cemetery, south of Elwood. Memorials are suggested to the family in her name for later designation. Elwood Funeral Home of Elwood, Nebraska is in charge of arrangements. Condolences or personal reflections may be left at elwoodfuneralhome.com

To order memorial trees or send flowers to the family in memory of Cindy Ray Schutz, please visit our flower store.
Send a Sympathy Card