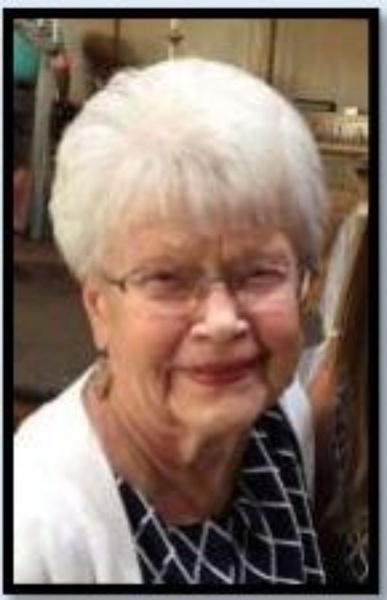 Cherridah Lis (Mullikin) Gill, age 87, of Arapahoe, Nebraska passed away on Friday, May 25, 2018 at Lexington Regional Hospital, Lexington, Nebraska. She was born in Emporia, Kansas on November 5, 1930 to Jerry & Verona Mullikin. Cherridah lived in Peabody, Kansas until 1940. Her family then moved to Marion, Kansas where her father was named superintendent of the newly-built Marion County Park and Lake. Cherridah later graduated from Marion High School and then enrolled in nurses training at Wesley Medical Center in Wichita, Kansas. Cherridah attended nurses training until January 13, 1951 when she married T.M. (Ted) Gill in Manhattan, Kansas. The couple moved to Beloit, Kansas where Cherridah worked as a bookkeeper for a local plumbing business and also worked alongside her husband at the J.M. McDonald Department Store. Later, the family moved to Topeka and then El Dorado, Kansas where she kept working part-time at J.M McDonald Department Store and also focused on raising their four children, Suzanne, Allan (Bud), Lisa and Gayle. In 1967, Cherridah and her family moved to Lexington where the couple opened a new J.M. McDonald Department Store location. In the early 1970’s, the couple opened the Lexington office for the Tri-City Tribune, where Cherridah was the office manager. During her time in Lexington, Cherridah was involved with Job’s Daughters and the Demolay organizations. She also spent many hours attending Lexington High School sporting events and swim team activities. In June of 1974, Cherridah and her husband purchased the Arapahoe Public Mirror and four years later they purchased the Elwood Bulletin. Throughout the years, Cheri was office manager at the Arapahoe newspaper office where she did bookkeeping, proofed news copy and kept the girls in line. Throughout her life, one of Cherridah’s favorite pastimes was the game of golf. She began playing at a young age under the instruction of her father and continued to play until her health declined. Cherridah played in many state tournaments and enjoyed her golf outings. She also enjoyed teaching her grandchildren how to play golf. Cherridah also enjoyed cheering for the Huskers, playing cards with family and reading. Cherridah’s joy came from time spent with her grandchildren and great-grandchildren. From attending sporting events to 4-H livestock shows; to shopping trips and graduations, Grandma Gill invested her many hours supporting her grandchildren and community teams. In her later years, she looked forward to pictures and visits from her greatgrandchildren. Cherridah’s family was inspired by her witty personality and her gracious acceptance of life circumstances. They will always remember her saying, “what will be will be." Cherridah served as the Arapahoe Municipal Golf Course representative to the Nebraska Women’s Golf Association and was a long-time member of the Arapahoe Municipal Golf Course Board of Directors. She was also honored by the Nebraska Press Association for her years of volunteer service at the Nebraska State Wrestling Tournament and Nebraska State Track Meet. She was a member of First United Methodist Church of Arapahoe and the United Methodist Women. Cherridah was preceded in death by her parents, Verona and Jerry Mullikin, and son, Allan Bruce Gill. Survivors include her husband: Ted Gill of Arapahoe, Nebraska, Daughters: Suzanne (Brian) Knauss of Papillion, Nebraska. Lisa (Jim) Linch of Lexington, Nebraska. Gayle (Brad) Schutz of Arapahoe, Nebraska. Grandchildren: Ben Knauss of Bellingham, Washington, Tymesia (Jeff) Heath of Omaha, Nebraska, Emilie Knauss of Broomfield, Colorado, Justin Gill of Albuquerque, New Mexico, Jeremey (Jessica) Gill of Albuquerque, Nebraska, Jacob Gill of Thornton, Colorado, Jacob (Crystal) Linch of Olathe, Kansas, Rachel (Kyle) Mayor of Overland Park, Kansas, Alex Schutz of Houston, Texas, Amanda (Ryan) Overleese of Minden, Nebraska Great-Grandchildren: Julian and Jax Gill, Grayson and Ashtynn Gill, Rylie, Raelyn and Lexi Heath, Harper and Brooks Linch, Kasen Overleese Memorials will be used at the Arapahoe Golf Course and Lexington Regional Health Center. There will be no viewing or visitation. Funeral services will be held Thursday, May 31, 2018 at 2:00 p.m. at First United Methodist Church, Arapahoe, Nebraska with Rev. Becky Saddler, officiating. Interment at Arapahoe Cemetery, Arapahoe, Nebraska. Wenburg Funeral Home of Arapahoe, Nebraska is in charge of the arrangements. Condolences or personal reflections may be left at wenburgfuneralhome.com

To order memorial trees or send flowers to the family in memory of Cherridah Lis (Mullikin) Gill, please visit our flower store.