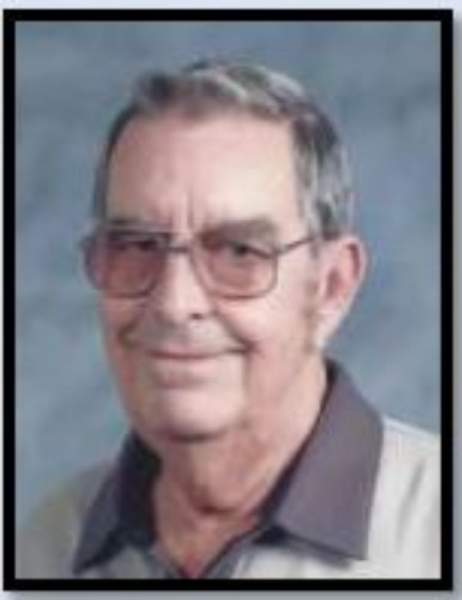 Charles “Chuck” E. Six, age 83, of Arapahoe, Nebraska, passed away on Wednesday, February 7, 2018 at V.A. Hospital, Grand Island, Nebraska. He was born on January 28, 1935 at Hannibal, Missouri to Harry Alan & Ruby (Skeen) Six. Chuck was raised and went to school at Paris, Missouri. After school he entered into the US Air Force in 1952 and served during the Korean War until honorably discharged in 1956. He married Lula Mae Breinig on July 1, 1954 at Lowry Air Force Base, at Denver, Colorado at the Eisenhower Chapel and to this union a daughter was born; Jo Ann. They lived for a few years in Missouri before making their home at Arapahoe, Nebraska. He worked for Floyd Breinig for a couple of years before starting to work at Farmer’s Cooperative at Arapahoe as manager. He would also work for Farmland Industries as a field man before retiring. He enjoyed fishing, hunting, camping, restoring old automobiles, going to coffee time whether at local café or nursing home. He was a volunteer fireman, Arapahoe City Councilman, member of the Arapahoe Housing Authority, First United Methodist Church, Edison American Legion, Arapahoe Car Club, Arapahoe School Board. He is preceded in death by his parents, and brother Russell “Buster” Six. He is survived by his wife Lu Six of Arapahoe, Nebraska, daughter Jo Ann Lomax and husband Joe of Hastings, Nebraska, granddaughter Heather Wolfe and great-grandson Korbin of Omaha, Nebraska, granddaughter Leah Lomax-McDowell & Mac and great-granddaughter Olivia of Fort Worth, Texas and a host of nephews, nieces, relatives and friends. Condolences or personal reflections may be left at wenburgfuneralhome.com. Viewing and visitation will be Sunday, February 11, 2018 from 4 PM till 6 PM, with the family present, at Wenburg Funeral Chapel, 652 Main St., Arapahoe, Nebraska. Funeral services will be Monday, February 12, 2018 at 10:30 AM at the First United Methodist Church, Arapahoe, Nebraska with Pastors Steve Breinig and Bill Weaver, officiating. Interment will be at the Arapahoe Cemetery, Arapahoe, Nebraska with military rites by the Edison American Legion and Air Force Honor Guard. Memorials are suggested to the Edison American Legion, First United Methodist Church of Arapahoe, and Start Over Rover of Hastings, Nebraska. Wenburg Funeral Home of Arapahoe, Nebraska is in charge of the arrangements.

To order memorial trees or send flowers to the family in memory of Charles “Chuck” E. Six, please visit our flower store.