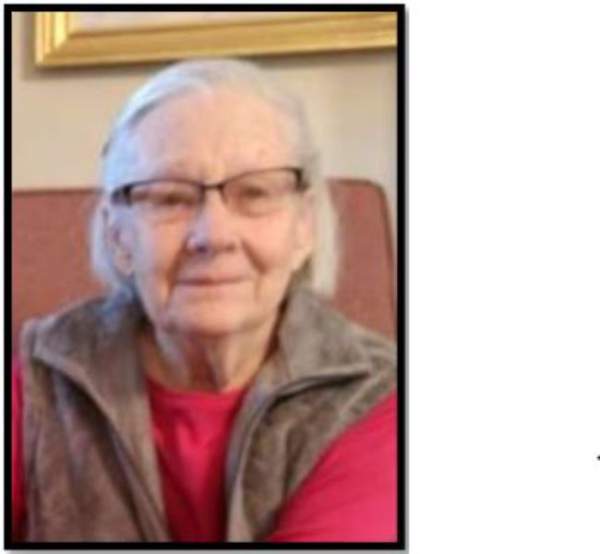 Caryol Lucille Chesterman, age 89, of Beaver City, Nebraska, passed away on Wednesday, October 21, 2020 at the Beaver City Manor, Beaver City, Nebraska. She was born on February 26, 1931 on a farm south of Beaver City, Nebraska to John Jay Strickland and Thelma Pauline (Forney) Strickland. She was an only child. She started school in the Beaver City High School as the Grade School building was being repaired from a hailstorm that had broken out many windows. In the third grade through 8th grade she attended a country school at District 46. At that time students completing the 8th grade were required to take 8th grade examinations at the county courthouse in order to enter the 9th grade. She moved to Beaver City when she started high school. On February 23, 1950 at Lexington, Nebraska she was united in marriage to Robert Dean Chesterman. After their marriage they moved a house into Beaver City from north of Hendley, Nebraska and resided there until her death. To this union three children were born: Michael. Dennis and Sandra. Caryol was a member and a Sunday School teacher at the Grace Brethren Church later in life transferring to the Friendship Church of Beaver City, Nebraska; volunteered as an E.M.T. on the Beaver City Ambulance crew and a member of the National Registry of E.M.T’s approximately 10 years. Her first job was waiting on tables at the City Café and then the Shafer’s Store both of Beaver City. In 1969 she started to work for the Beaver City Manor. In 1976 she took a year’s leave of absence from the Manor to attend Colby Community College School of Practical Nursing and returned to the Beaver City Manor as an LPN and worked as a charge nurse. She retired from the Beaver City Manor after 32 years of service. Her hobbies were woodworking, sewing, and painting with oils on canvas, and liked to paint old barns and animals. Caryol was preceded in death by her parents, and her husband Dean Chesterman. Surviving Caryol are her children, Michael and wife, Debra (Frack) Chesterman of Nebraska City, NE; Dennis and wife, Chris (Borgman) Chesterman of Beaver City, NE; and Sandra and husband, Terry Klein of Beaver City, NE. Grandchildren include: Shawn Chesterman and Mindy Driskall of Nebraska City, NE; Jeff and Lindsey Chesterman of Elm Grove, WI; Kristi and Joe Neemeyer of Norfolk, NE; Eric and Johnna Klein of Arapahoe; Keri and Lance Collison of Lee Summit, MO; Latti Klein of McCook, NE; Shaynee Klein of Grand Island, NE and Gregg Klein; 20 great grandchildren and 3 great-great grandchildren and sisters-in-law Barbara Bates of Beaver City, Patricia Chesterman of Lincoln, NE, Ruth Ann Farnes of Warden, MT, and Joyce (Chesterman) Stratton of Idaho Falls, Idaho and numerous nieces and nephews. No viewing or visitation will be held. Memorial services will be held at the Friendship Church 1020 “O” Street, Beaver City, NE on Saturday, November 7, 2020 at 2 PM with Keith Theobald, officiating. Inurnment will take place at the Union Cemetery, Beaver City, Nebraska following the funeral services. Wenburg Funeral Home of Beaver City, Nebraska is in charge of the arrangements.

To order memorial trees or send flowers to the family in memory of Caryol Lucille Chesterman, please visit our flower store.