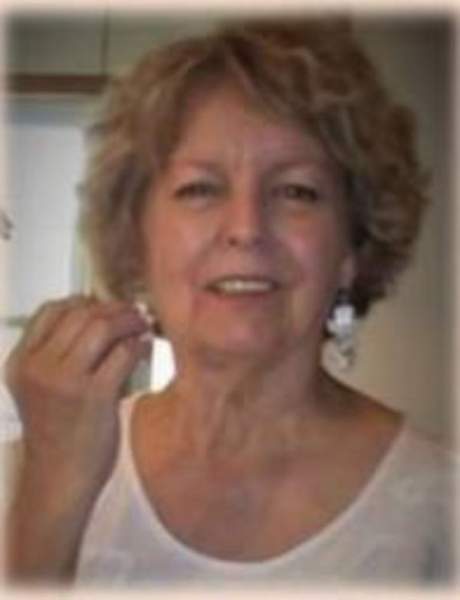 Brenda Marie Pretzer, age 76, of Elwood, Nebraska passed away Wednesday, January 27, 2021 at Phelps Memorial Health Center in Holdrege after a three-year battle with cancer. She was born on October 6, 1944 to Arthur and Marie (Putnam) Pretzer, Brenda was the oldest of five children. She attended public school in Wakefield, NE and graduated from Wayne State College, Wayne, Nebraska in 1972 with a degree in education. After teaching at several small schools including Butte and Spencer, Nebraska, she settled in Elwood, Nebraska in 1982. She turned her lifelong passion for books and reading into a career as school librarian there until her retirement in 2005. Brenda loved beautiful things…from flowers and nature to “thrift shopping” for treasures that she used to expertly decorate (and re-decorate regularly) her home. Among her favorite pastimes was watching “The Incredible Dr. Pol,” Bible Study with her dear friends, and of course visiting her relatives for hours of conversation and coffee. She is preceded in death by her parents and several aunts and uncles. Brenda is survived by her brothers and sisters: Don Pretzer (Carolyn) of Ashland, Nebraska; Mary Walker of Loveland, Colorado; Jon Pretzer (Lisa) of Wakefield, Nebraska; and Becky Hoffman (Duane) of Oxford, Nebraska. Brenda was particularly proud of her nieces, Ashley, Audre, Tanna and nephew Landon and loved nothing more than spending time with them and shopping for surprises and gifts. Visitation will be Monday, February 1, 2021 at the Elwood Funeral Home, 302 Smith Avenue, from 4-6 p.m. Friends and family are invited to share memories. A family graveside service will be at a later date in Naper, Nebraska. Elwood Funeral Home of Elwood, Nebraska is in charge of the arrangements.

To order memorial trees or send flowers to the family in memory of Brenda Marie Pretzer, please visit our flower store.