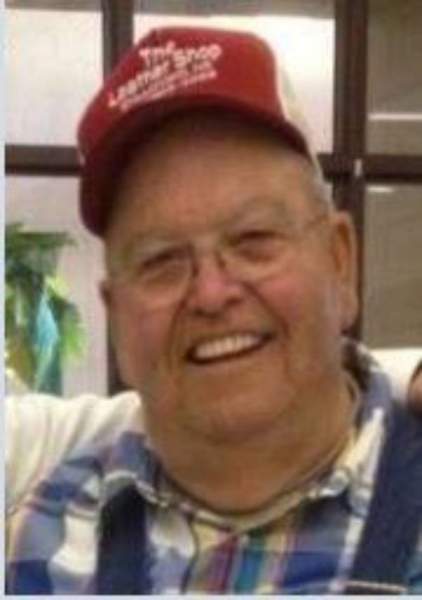 B.J. Morris, age 77, of Stamford, Nebraska, departed this life on Monday, December 14, 2020, at home surrounded by his wife and two daughters. He was born on March 6, 1943 near Honey Lake, Missouri to Burnnie J. and Sylvia Muriel (Wilmoth) Morris. In his teens he rode bulls and helped care for rodeo stock. He worked as a drywall hanger with his father for a number of years. He was a pen rider at Lane County Feeders in Dighton, Kansas and Noyes Feedlot in Oxford, Nebraska. He drove truck for Speedway Trucking in Holdrege, Nebraska and Eugene Clason of Beaver City, Nebraska hauling livestock. He purchased his own Peterbilt and leased to BMC in Columbus, Nebraska where he hauled livestock equipment. In 1999 he purchased a new Peterbilt and leased to Sitton Motor Line in Joplin, Missouri. Throughout his driving career he hauled everything from nitro glycerin to eggs. In 2007 B.J. revisited an old love of leather work and opened “The Leather Shop”. He could fix most anything with a little bit of “Cowboy Ingenuity”. In 1966 he was united in marriage to Waunda J. Stagemeyer of Hendley, Nebraska. They made their home in Neosho, Missouri. To this union they were blessed with two daughters. They eventually found their way back to Nebraska. They raised their family in Beaver City surrounded by Waunda’s family and dear friends that became family. While not working at a feedlot he could be found with his friend Jerry helping to roundup someone’s strays. Their versions of the day’s events did not always match. He is survived by his wife, Waunda of Stamford, daughters Mary (Brad) Robison of Orleans, Nebraska and Janet (Mike) Schwanz of Stamford, Nebraska. Four grandchildren, Sylvia (Sheb) Johnson of Farnam, Nebraska, Lucas Robison of Alma, Nebraska, Kelsey (Creighton) Hendrickson of Osborne, Kansas, Broden Schwanz of Stamford and two great-grandchildren, Kyah and Jaxen Hendrickson. One sister, Dora Faye Smith of Leesburg, Florida and brother Clarence (Helen) Morris of Anderson, Missouri, many nieces and nephews. Preceding him in death were his parents, paternal grandparents, maternal grandparents and in-laws Harold and Ethel Stagemeyer. He was also preceded in death by brothers Kenneth and Glen and sister, Betty. He leaves many family and a host of friends to cherish his memory. Celebration of Life will be held Monday, December 21, 2020 at 2 p.m. at the Freedom Baptist Church in Stamford, Nebraska with Pastor Jason Dowell, officiating. Service will be livestreamed on “Wenburg Funeral Home” Facebook page. There will be no viewing or visitation as cremation was chosen. Private family inurnment at a later date. Wenburg Funeral Home is in charge of the arrangements. Condolences and personal reflection may be left at wenburgfuneralhome.com.

To order memorial trees or send flowers to the family in memory of B.J. Morris, please visit our flower store.