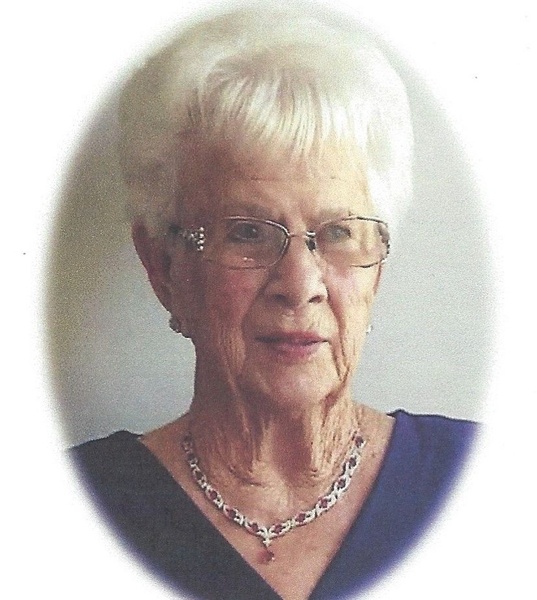 Betty June Williams Hardin, age 96, of Hastings, Nebraska passed away on Wednesday March 23, 2022, at the Perkins Good Samaritan Nursing Home in Hastings, Nebraska. She was born on August 29, 1925, in Beaver City, Nebraska to George Samuel and Leora (New) Curry.

She grew up in Arapahoe, Nebraska and attended school at Arapahoe High School and graduated with the class of 1943. On December 27, 1952, she was united in marriage to Donald Williams. To this union two daughters were born: Deborah and Rhonda whom they raised on the family farm south of Beaver City.

Betty was employed at the FSA Office and later the Selective Service Office in Beaver City, as well as helping on the farm. They later moved into Beaver City where they resided at the time of Don’s passing on August 10, 1993.

On October 26, 1996, she married Thomas Hardin in Las Vegas, Nevada. Tom and Betty traveled to Weslaco, Texas for several winters until they later made it their home, returning to Nebraska in 2020.

Betty was a member of the First United Methodist Church of Beaver City, PEO, and the Red Hatters Group.

To order memorial trees or send flowers to the family in memory of Betty June Williams-Hardin, please visit our flower store.