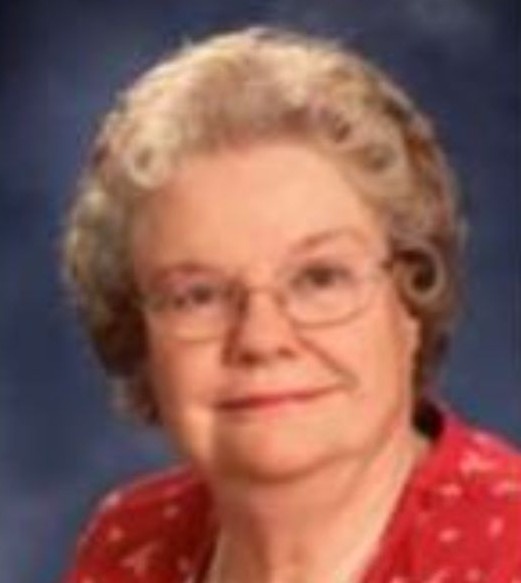 Ardess J. Fisher Winder Cappel, of 86, of McCook, passed away on Sunday December 12, 2021 at C.A. Mues Good Samaritan Society Nursing Home in Arapahoe, Nebraska. She was born on February 24, 1935 to J. George and Lorraine (Burrus) Fisher on the family farm in Red Willow County during a blizzard. She was the youngest of five children and grew up and graduated from Danbury, Nebraska. On July 26, 1953 she married Paul F. Winder in Oberlin, Kansas. The couple were blessed with four children, David, Betty, Dan and Douglas. They lived in northwest Kansas and southwest Nebraska before finally settling in McCook in 1960. Ardess worked at Safeway grocery store in McCook for many years before she found her calling as a home decorator with Home Interiors in 1974. She worked her way up to District Manager until her retirement in 1996. She loved helping women decorate their homes and traveled all over western Nebraska. She was also active in her church teaching Sunday School to children at First Baptist Church in McCook. Paul preceded her in death on February 17, 1998. She later became a member of the McCook E-Free Church. On October 16, 2001 Ardess married Gaylord Cappel. He also preceded her in death. Ardess loved spending time with her family, especially grandchildren and great-grandchildren. Her greatest desire was to see all of her children and their children come to know Jesus as their personal Savior. She never hesitated to tell how important Jesus was in her life. Ardess was preceded in death by her parents, her husband Paul Winder, her husband Gaylord Cappel, two brothers and two sisters and their spouses, two brother-in-laws and two sister-in-laws along with numerous nieces and nephews. She is survived by her four children, David (Terri) Winder of McCook, Betty (Bill) Butter of Arapahoe, Dan (Cathy) Winder of Kearney and Douglas (Shellie) Winder of McCook. Also 12 grandchildren, 18 greatgrandchildren and 2 great-great grandchildren, brother-in-law Lyle Winder, sister-in-law Esther McCleland and many nieces and nephews. Memorial contributions are suggested in lieu of flowers in Ardess’ name for future designation by her family. They may be directed to Wenburg Funeral Home, c/o of the Winder Family, 901 8th Street, Arapahoe, NE 68922. Viewing and visitation will be Thursday, December 16, 2021 from 5 PM to 7 PM at Wenburg Funeral Chapel, Arapahoe, Nebraska. Funeral service will be Friday, December 17, 2021, at 2 PM at the McCook Evangelical Free Church, of McCook, Nebraska with Pastor Jeff Donelan, officiating. Interment will be at Memorial Park Cemetery, McCook, Nebraska. Wenburg Funeral Home of Arapahoe, Nebraska is in charge of the arrangements. Condolences and personal reflections may be left at wenburgfuneralhome.com

To order memorial trees or send flowers to the family in memory of Ardess J. Fisher Winder Cappel, please visit our flower store.