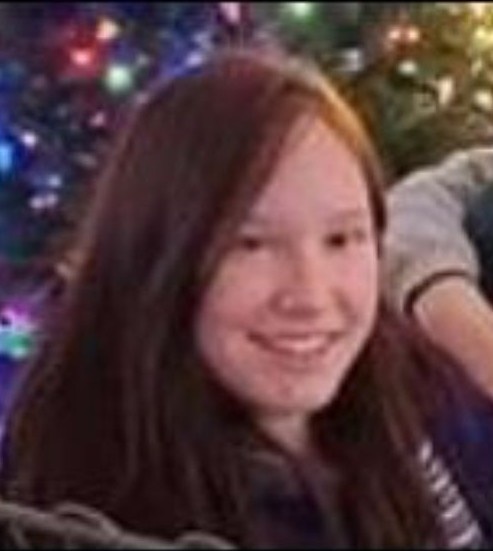 Allysha SueAnne Fischer, age 17, of Holbrook, Nebraska passed away on Wednesday, May 6, 2020 as the result of a four-wheeler accident north of Holbrook in Gosper County. She was born on July 4, 2002 at Cambridge, Nebraska to Kevin Fischer & Shauna Meissner. Allysha was a junior at the Arapahoe High School at Arapahoe, Nebraska. She enjoyed art class, doing crafts, and taking care of many different animals. She loved to help other kids who were in need of help. Allysha was always concerned with others well-being. She loved to spend time with her friends making and watching Tik-Tok videos. She was planning for her future and wanted to open a daycare. She is survived by her father Kevin & wife Connie Fischer of Holbrook, Nebraska, mother Shauna Meissner of Hastings, Nebraska, brother Anthony Veronee of Hastings, Nebraska, grandfather LeRoy Meissner of Culbertson, Nebraska, grandmother Catherine Fischer of Cambridge, Nebraska, and grandparents Jack & Evelyn Kerr of Thornton, Colorado. Along with several uncles, aunts, cousins, and friends. She was preceded in death by her grandfather Clyde Fischer, grandmother Dianne Zwickle Meissner. Viewing and visitation will be Monday, May 11, 2020 from 3 PM to 6 PM at the Wenburg Funeral Chapel, 652 Main St., Arapahoe, Nebraska. Funeral services will be Tuesday, May 12, 2020 at 2 PM at the First United Methodist Church of Arapahoe, Nebraska with Rev. Becky Saddler, officiating and will also be lived streamed on “Arapahoe FUMC” Facebook page. Interment will be at Holbrook Cemetery, Holbrook, Nebraska. Wenburg Funeral Home of Arapahoe, Nebraska is in charge of the arrangements. Condolences or personal reflections can be left at wenburgfuneralhome.com. Memorials may be left in Allysha’s name for a later designation.

To order memorial trees or send flowers to the family in memory of Allysha SueAnne Fischer, please visit our flower store.